Shikha Gautam is a singles specialist who also plays doubles in senior-ranking tournaments. Ashwini Bhat K made a mark in doubles as a sub-junior and junior, left the Prakash Padukone Academy to focus on singles, and tried to balance both. The two paired together at the behest of their coach, the first time in June last year for an All-India ranking meet in Bengaluru and then directly for the Senior Nationals in Guwahati. They surprised even themselves by clinching the coveted title without dropping a single game in six matches.

“We didn’t really come here with any expectations. We play regularly in the academy and hence Jagdish (Yadav) sir and Vinod (Kumar) sir felt that we should play together in the Nationals,” said Gautam after clinching the title against top seeds and world number 33 pair of Poorvisha S Ram and J Meghana, who were considered runaway favorites in the absence of Ashwini Ponnappa and N Sikki Reddy. 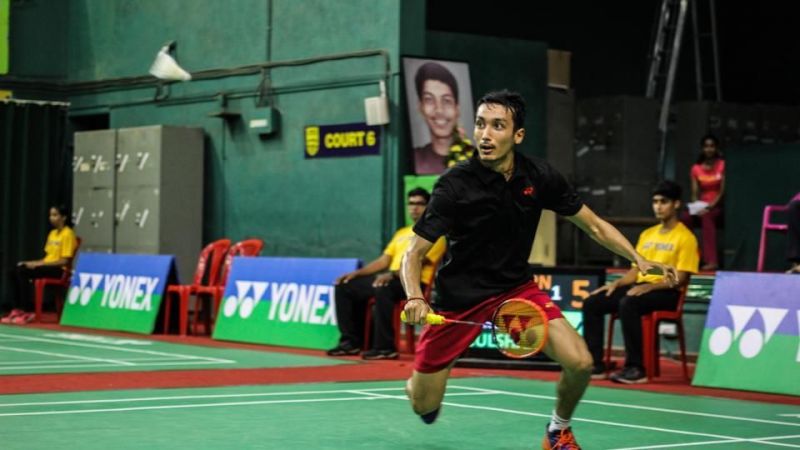 While they didn’t play the style of the traditional double, Bhat’s strong drives and firm hands at the net and Gautam’s ability to cover the court as a singles player not only helped them surprise their opponents but even control the pace of the rallies. “That came as an advantage as both have singles strokes, and we used that,” said Bhat while admitting that they practiced together for a couple of weeks before the tournament. But how could they perfect the rotation and understand each other’s movements? Bhat said probably it was all down to they were excellent friends for a few years now.

Both Gautam and Bhat used to train together at the Padukone Academy and have struck up a good friendship since then. However, they never played together in the junior circuit as the latter used to partner Mithula UK and had beaten the former, who played with different partners, in a few tournaments. However, Bhat then shifted out to try and make a career in singles. The two again came together at the Yadav Pro Badminton Academy run by former national-level player Jagdish Yadav a year back. Bhat, who was still playing the junior circuit, started playing mixed doubles and singles and won the paired events junior national title partnering Sai Pratheek Krishna Prasad at Lucknow in December.

In the Senior Nationals, a slightly favorable draw also helped their cause as they could get into their groove while Gautam was also busy playing her singles matches. She, however, could not make it to the Super Draw, which started with the pre-quarterfinals, and the pair then focused entirely on the doubles event. They were clinical in packing off the second seeds Ashna Roy and Karishma Wadkar in the quarterfinals. They then kept their nerves to handle the disappointment of two lost match points before beating the experienced Aparna Balan and Sruthi KP in the semifinals.

In the final, Bhat and Gautam kept their more illustrious opponents on their toes by playing at a higher tempo and pushing them to play out of their comfort zone. But after the win, the question that asked them, even by other coaches, was whether this was a one-off pairing or looking to continue? “I have already started focusing on doubles again,” says Bhat. Even Gautam is beginning to lean towards the paired event as her singles career hasn’t gone anywhere. “I enjoy playing doubles but never really concentrated much on it. But we had a good run here, and we want to continue this partnership even if it means I have to stop concentrating on singles,” she added. Given the dearth of quality women’s doubles combinations in India, coaches and selectors would keenly watch how Bhat and Gautam progress from here.