In 2014, Scot lost his grandfather to cancer, and one of his best friends was paralyzed from the neck down after a car crash, while others close to him have battled “drink problems.” Learmonth, 26, has hit out at “trolls” after falling in races in Birmingham and the European Indoor Championships. “The stuff in my personal life has made me incredibly strong,” he said. “I feel that if I can get through that, I can get through anything – it’s just one big wall of adversity that I’ll climb over eventually, and it will all be worth it.” Learmonth, who captained Great Britain at the European Indoors in Glasgow, says his paralyzed friend is a “massive inspiration,” and the pair speak every day.

“He really lifts me on with how upbeat he can be. The hard times have affected my performances but I try to never let it get in the way of what I’m trying to achieve,” he told BBC Scotland. “A lot of people have done an awful lot for me. Sometimes I feel like I’m carrying the weight of the world, but at the same time, I know I’m out there trying to run for everyone. “I know I can make any Olympic final – my whole team knows I can do it, the times I run show I can do it – it’s just getting the tactics right and getting it right on the day.”

‘They are nasty people’

After falling and failing to finish his 800m semi-final in Glasgow at the weekend, Learmonth responded to online critics calling him “the Elise Christie of the athletics world,” about the British speed-skater who fell twice during races at the Pyeongchang 2018 Winter Olympics. He tweeted: “Remember she’s a multiple world and European champion. I hope one day I can be half as great as Elise.” 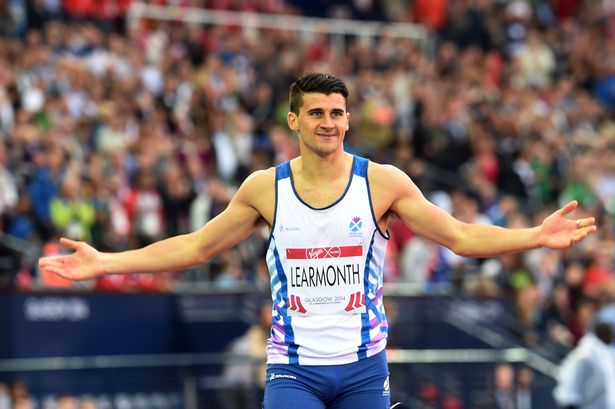 Speaking on Tuesday, Learmonth criticized “jealous and negative” individuals who “have a dig when people are down.” “A lot of the people are anonymous – that says a lot about them; they’re nasty people who go out of their way to say nasty, vitriolic comments,” he added. “If they want to have digs at athletes for trying to achieve great things then it speaks volumes about those individuals.”

Breakdancing At The 2024 Paris Olympics? Here’s Why It Makes Perfect Sense