Orville Dash sits on a recliner with his clipboard. Tall and broad-shouldered, with wispy white hair where a pompadour once rose, the former statistical engineer for Caterpillar Inc. removes a sheet of paper, clicks on the flashlight he uses for reading, and goes over his numbers.

One spin every six seconds. That’s ten spins a minute — six hundred an hour. The 81-year-old widower estimates that, at his worst, in 2015 and 2016, he spent about $2,400 a week on video slot machines, which he played at a hotel and restaurants and bars around his hometown of Maroa, a farming community of close to 1,700 people in central Illinois. Looking over his handwritten calculations, Dash figures he lost more than $25,000 in that time. “It hurts to lose that money,” he said. “I’m addicted to these machines, and I’ve been working hard to understand why for a long time.” 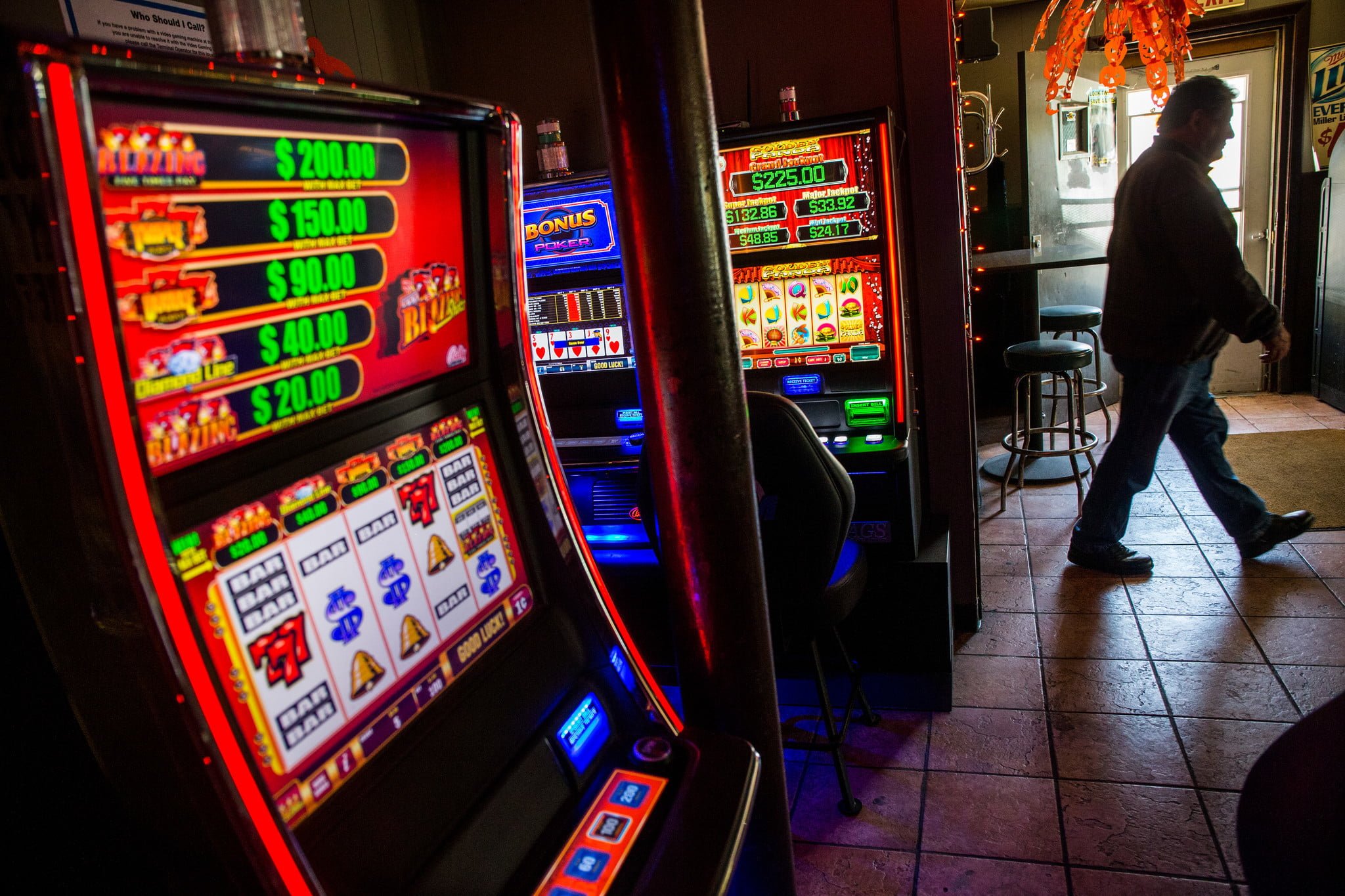 In the six and a half years since video gambling became legal in Illinois in September 2012, 30,000 video slot and poker machines have been installed at 6,800 locations around Illinois — more than in any other state. Gamblers in Illinois have lost more than $5 billion playing the algorithm-driven machines, which have been described as “electronic morphine” and “the crack cocaine of gambling.” Over the past decade, the number of people getting state-funded addiction treatment has declined. The state has allocated inadequate amounts for marketing campaigns to encourage people with gambling problems to seek help. It has spent no money on research to measure addiction prevalence or gauge which treatments are most active.

In May, the U.S. Supreme Court paved the way for legalized sports gambling, and other states have begun to explore gambling expansion in hopes of tapping new revenues. The state has failed to adopt necessary prevention measures, such as a self-exclusion list that would let people bar themselves from playing the machines or safeguards to ensure that anyone underage can’t gamble on the devices. Now, some lawmakers and the gambling industry are pushing for another expansion that would include sports betting, new casinos, and more video slot and poker machines. Of the eight states that have legalized video gambling outside of casinos, Illinois is one of two — West Virginia is the other — not to track the rate of gambling addiction, a decision that a leading gambling researcher calls “mind-boggling” given the number of video gambling machines the state has and the amount being wagered.

A conservative estimate — using what most researchers set as a national average for gambling addiction, 2.2 percent of people 18 or older — would suggest that about 217,000 Illinois residents are addicted to gambling. As with substance abuse, gambling addiction generally is defined as involving behavior that jeopardizes someone’s financial security, relationships, and emotional well-being. The number of people afflicted is likely higher, though. Studies show that gambling addiction rates tend to increase with the number of gambling options, and Illinois has more locations to place a bet than Nevada.

Even as video gambling expanded, state spending on addiction fell nearly 20 percent between 2012 and 2017, according to the latest available figures. The number of people assessed or treated for gambling addiction by state-funded providers in Illinois declined by nearly 37 percent in that time. While Illinois’ highways are dotted with billboards advertising video gambling, little has been spent to raise public awareness of gambling addiction or market the few available resources to combat it. According to state records, the most prominent — the state’s 1-800-GAMBLER hotline — got 2,324 calls in 2018. Of those, 837 callers were seeking help. The rests were wrong numbers or people calling for other reasons.

Video gambling revenue reached $1.2 billion in 2017. The industry is required to contribute little to the state’s efforts to deal with gambling addiction. That’s because, unlike three other states with legalized gambling, Illinois does not set aside tax money from video gambling to pay for addiction services. “With gambling, the social impact is just not visible until it affects you or your family,” said Anita Pindiur, executive director of the Maywood treatment center Way Back Inn, which treats about 80 people a year with gambling problems. “The money video gambling so drives our state brings in; we don’t see the people it impacts.”

Go to a gambling parlor in Elmwood Park, a pizza joint in Springfield, a motel in downstate Clinton or a string of bars in Berwyn, whether at mid-afternoon or after midnight, you’ll see people feeding bill after bill into flashing, ringing games. “To me, it must have been the urge for some big win, something for nothing perhaps,” Dash said. “For other folks, they’re trying to get the money to pay the rent. Because they spent that money yesterday. And the food money goes. And the hand-wringing. And the crying. I’ve seen it all.”