The legend of Mr. C: How one man built New Brunswick’s badminton dynasty

It’s Thursday afternoon, the school’s out for the day, and the Canterbury High School gym is filled with the sounds of squeaking sneakers and rackets swatting birdies. What might be the premier high school badminton team in New Brunswick is back at it. The players dutifully move through their cardio routine before shifting to drills. High clears, powerful smashes, deft drop shots are practiced as the athletes find their form at the beginning of the 2019 season. In six weeks, they’re off to the provincial championships, where a major milestone could be achieved. The players need not look far for inspiration. Only up. Lining the very top of the gym wall at the far end of the building are provincial badminton championship banners. A lot of them. Enough that a second row is required. 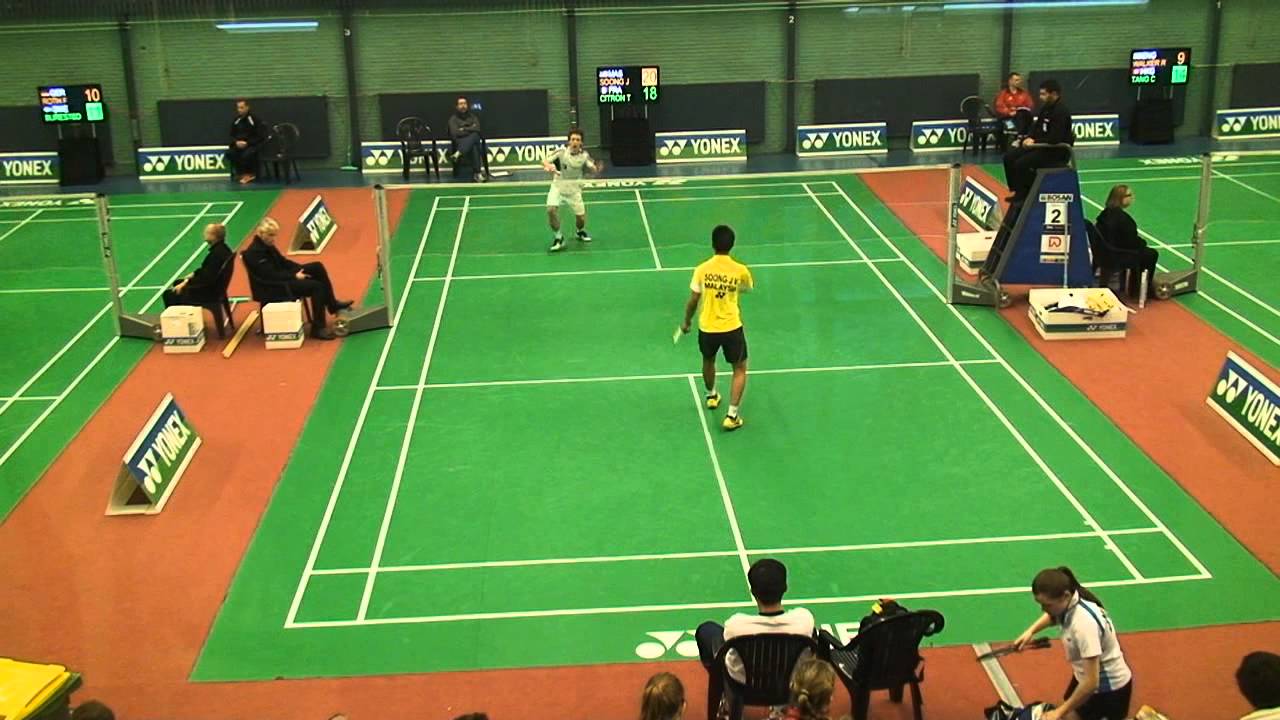 Since 1978, tiny Canterbury High School has hung more banners than roads in the rural western New Brunswick village. There are 39 in total over 41 years. Much has changed over the years — the athletes, the rules, the school gym — but there’s one constant with each banner: the coach. Steve Crandlemere has established a dynasty, now in its fifth decade, with a level of sustained excellence that would make New England Patriots green with envy. “I think a lot was based on the coaching,” said student Mariah Hume, a key part of last year’s title-winning junior varsity team. “Mr. C is a real coach.

“He’s brought home all those banners.” In the mid-1990s, during one of the school’s lengthy stretches of consecutive championships, Crandlemere set a goal for the program: He’d link to hang 40 banners. Overlooking his players on Thursday, Crandlemere said, “This could be the year.”

Not a badminton player

The legend of Mr. C began in an inauspicious fashion. Crandlemere wasn’t much of a badminton player when he arrived to teach at CHS in 1974, but that didn’t stop him from filling in when the coach and star local athlete, Bob English, would travel for sports. With English’s growing number of commitments, Crandlemere took on more responsibility. Following the 1978 championship, Crandlemere went to English to ask when they would start practicing for the new season.

“He said, ‘It’s not we. If we’re running a program this year, it’d be you,'” Crandlemere said. The team fell into his lap. The dynasty came later, however. It was the 1990s before the school won another badminton championship. “I wasn’t a badminton player in my younger years,” he said. “I knew what Bob English taught me, and I loved the game of badminton.” Crandlemere took a loose approach to the program with the reins in hand, focusing on fun and fitness and playing against the kids. He said he produced some talented players, but that was never enough to capture a title. A provincial championship team is determined by players’ success in their respective category — for instance, girls’ singles or mixed doubles. Points are awarded based on the final tournament place and the most points win.

With that in mind, the coach sought to create a more structured, team-oriented program. He wanted to produce all-star after all-star. But without the expertise to do so, he turned to New Brunswick’s badminton gurus. He rattled off names like Ev Staples and Rod Wetmore as coaches he leaned on for guidance and host clinics. He still has a badminton book written by Staples. “That’s been a big part of our success,” he said. “If I just relied on what I, you know, knew over the years — and a lot of coaches are reluctant to get people to help them up out. I was just the opposite. I was pumping and pestering that I’d seen having success across the province, and I still do it.” Armed with know-how, Crandlemere quickly developed a badminton haven in the middle of basketball country. The past 38 junior varsity and varsity banners — mostly single-A, but a handful of double-A — have come in the past 29 years.

Western New Brunswick is a hotbed for high school basketball, making badminton more of a fringe sport. Good thing the two don’t overlap in the sports calendar. Otherwise, Crandlemere said, his program would crumble. That was important for his recruitment. Since students weren’t necessarily lining up to join the team, the coach had to hustle. He’d pitch badminton to basketball players as a way to stay fit in the off-season, and sometimes he had to apply a bit of pressure.

“When I was here, I could go around and twist a few wrists, grab a couple of kids by the ear and drag them down to the gym, talk to their parents, and so on,” said Candlemere, who has retired from teaching but remains as coach. Working in a K-12 school, Crandlemere could also speak to younger students and get them excited about joining the team. Team member Natalie MacFarlane remembered when she was in Grade 6, and her dad received a call from Crandlemere. “I heard that Mr. C wanted me to play, and I was like, ‘Yes!'” said MacFarlane, who helped win the 2017-2018 banner.

The team certainly cultivated a reputation in the village for success — a parade is held to celebrate every championship, MacFarlane said — but Crandlemere was also known for taking on what he called “hard-nosed” students, the type that wasn’t likely to finish their schooling. He made it a mission of his to bring in those kids. “If you could get them out involved in an activity in the school or a team, [it’s] the reason for them to come to school,” said Crandlemere, who took over as CHS principal in the early 2000s. “I’ve taken some real hard-nosed kids on the team, and they stayed in school and graduated.”

Recruitment has become trickier with shrinking enrolment — the school is down to about 150 students — and a lack of quality face time with prospective athletes since his retirement in 2007. During its heyday in the ’90s, when it couldn’t lose, the team had 35 members. There are a dozen on this year’s squad. But Crandlemere likes the look of this year’s team and its work ethic. He thinks number 40 could be right around the corner.

Ashton Lyons remembered last year’s provincial championship well. He and MacFarlane came through in the clutch, winning the mixed-doubles final to seal the deal. “I don’t know if I’ve ever seen Mr. C smile for that long. I thought he was stuck like that,” he said, the many banners hanging over his shoulder. “It’s nice being a part of that legacy.” His players described him as a helpful, knowledgeable, and positive force on the court — qualities that touched, in some cases, three generations of families. He accommodated players who couldn’t afford to miss the school bus or participate in an after-school activity by offering transportation and even a place to stay for the night. Why dedicate himself to a rural high school badminton team for more than 40 years? He offered three reasons. “I figured  I could help the youth out and give them some little activity to help break up the boredom of school,” he said. “And I enjoy the game.”

Badminton: Singapore Open to feature world No. 1 players in all five events