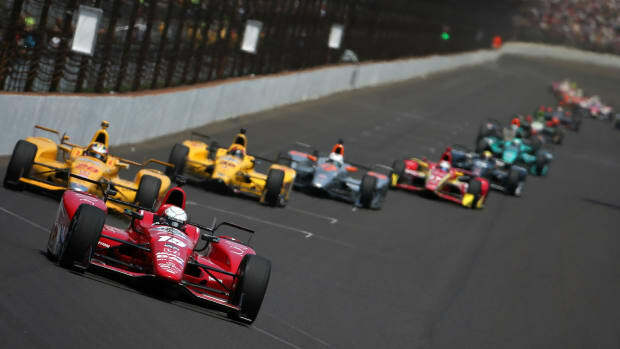 “It’s cool to win here in your hometown, being in Las Vegas, starting a triple weekend,” Busch said. “Hopefully, we can keep it going.” Busch swept the opening two stages and had a big lead with 20 laps to go when he went for a pit stop. Brett Moffitt gained some ground down the stretch, getting within a half-second, but couldn’t take the lead. Busch led 111 of 134 laps after starting from the pole. “We obviously had a speedy truck tonight,” Busch said. “We worked really hard on this thing to get it there; we didn’t start great in practice but overall proud to be in victory lane.” Defending series champion Moffitt finished second — 1.211 seconds back — for his second top-five finish of the season.

“We had to use our stuff up getting back to the front — another pit road mistake,” Moffitt said. “I had one chance to get to (Busch’s) bumper. I knew it was going to be a make-or-break move. Unfortunately, it was ‘break.'” Matt Crafton was third, followed by Stewart Friesen and Harrison Burton in a Kyle Busch Motorsports entry. Grant Enfinger, the points leader entering the race, finished 11th.