Cinema and Cricket are the ultimate champions of the brand endorsement game in India. Marketers never run out of money when it comes to the stars of the ‘C’ universe. The 2016 Olympic Games changed the dynamics a little bit, and now, between the shadows of two gigantic ‘Cs,’ a ‘B’ has started to twinkle. B’ stands for Badminton. And Pusarla Venkata (PV) Sindhu – the 23-year-old shuttler from Andhra Pradesh and Kidambi Srikanth became the torchbearers as sponsorship deals and brand endorsements touched new highs in a sport that was as understated as its players.

It is not as if Indian badminton had not done well at all in the past. Players achieved dizzy heights in the past – Prakash Padukone was the world No one back in 1980 and the first Indian to win the All-England Championships; Pullela Gopichand followed suit 21 years later to become only the second Indian to capture the All-England Title. But it did nothing to excite brands to go after badminton with fat cheques till about three or four years ago. 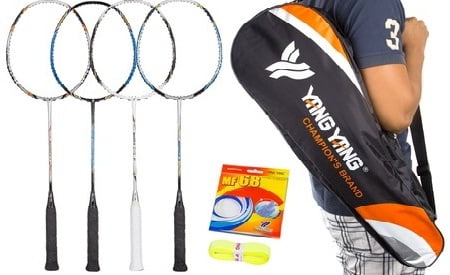 Sindhu’s road to glory and riches is the stuff of legend. In 2016 at the Rio Olympics, she smashed her way through to the finals and won India a Silver medal. That win opened up vistas unheard of in the case of Indian Badminton. First off the blocks was Baseline Ventures, a sports management company. It snapped up Sindhu for a three-year deal to manage the player’s branding profile, licensing, and endorsements. The brands just kept flocking to Sindhu after that, often breaking new ground – last year, for instance, she became Bridgestone India’s (the tire maker) first brand ambassador.

The icing on the cake came early this month when Li-Ning roped in Sindhu for an Rs.50 crore, four-year endorsement deal in which she can get up to Rs.10 crore a year (Rs.40 crore as sponsorship and Rs.10 crore in the form of equipment). The China-headquartered multinational sportswear and badminton equipment brand laid it out in style to wean her away from Japanese rivals Yonex. All this despite Sindhu slipping one ran to No 4 in the World Badminton Federation’s ranking.

This is not the first big endorsement deal that Li-Ning has announced. Last month, World No 7 Kidambi Srikanth was roped in for a sum of Rs.35 crore for four years. Srikanth can make up to Rs.7.5 crore a year as a part of the deal, depending on his performances on the court. He will also get badminton equipment worth Rs.5 crore over the next 48 months. Li-Ning didn’t stop there. It has also roped in the men’s doubles pair of Manu Attri and B Sumeeth Reddy for a deal of Rs.4 crore each for two years. Commonwealth Games champion Parupalli Kashyap, too, got a look-in. He is reported to have been offered Rs.8 crore for two years.

It is Sindhu’s rising popularity that helped her peg the high-value deal. “But Srikanth’s was a bit surprising as he is yet to be word-of-mouth in India,” says Shailesh Kapoor, founder & CEO, Ormax Media, a media consulting firm. He adds, “Among athletes in India, Sindhu’s popularity i0s far ahead of even the cricketers – barring Virat Kohli and MS Dhoni. The 2012 Olympic bronze winner, Saina Nehwal, is widely popular.” So why is money chasing the badminton players now?

Li-Ning has its eye set on the Rs.45,000 crore plus sportswear market in India. More than a badminton equipment manufacturer, it wants to establish itself as a sportswear brand, something it successfully did in China, where it has a turnover of $1.6 billion. “For Li-Ning, India is the second biggest market after China, and in the next six months, we are going to come into India in a big way,” says Mahender Kapoor, director, Sunlight Sports Pte, Li-Ning’s distribution partner in 21 markets across Asia, Australia, and New Zealand. Apart from Li-Ning, Singapore-based Sunlight Sports is also the multinational exclusive distributor for McDavid, Shock Doctor, Kason, and DHS (sports equipment and accessories brands). In India, Li-Ning and Sunlight Sports have a joint venture where the latter looks after the brand’s operations. The JV has also associated with Meerut-based – Indo Rubber – to distribute badminton equipment in India. “Soon, we will have a similar JV in Indonesia and Malaysia,” informs Kapoor.

Li-Ning’s India business is worth around Rs.70 crore at this stage, 90 percent of which comes from the sale of badminton equipment. Its rival, Yonex, currently rakes in close to Rs.250 crore, and Taiwan-based Victor is close to Rs.15 crore in India. The overall size of the badminton market, as per industry estimates, won’t be more than Rs.500 crore. According to Mahender Kapoor, Li-Ning has earmarked Rs.600 crore to spend on marketing and communications over the next three years. “Badminton is not our only focus. Li-Ning in China is like Nike around the world. It is a sportswear brand that also manufactures badminton equipment. In India, our aggressive push at this stage is on Badminton, and soon we will compete with Nike and Adidas in the sportswear category too,” says a confident Mahender Kapoor.

In two years, Li-Ning wants to establish itself as a sportswear brand to reckon with, and Kapoor’s target is to achieve a 90:10 ratio where only 10 percent of the revenue comes from badminton and the rest the sportswear business. Reebok, Adidas, Nike, and Puma dominate the market, while Skechers is one of the fastest-growing brands in the country. “It is a segment where everyone is trying different things, and nobody has cracked it. Skechers has done very well and can emerge as the market leader soon; we will follow a similar strategy in India. We plan to provide comfort at a good price,” informs Mahender Kapoor.

The sportswear market has room for more players, believes Amit Gugnani, senior vice president, Fashion – Textiles, Apparel, and Engineering at Technopark (management consulting firm), “The market had seen tremendous reinvigoration as far as consumer adoption goes, not just on the basic parameters which impact overall retail but also when looked at from the perspective of the sportswear category, which itself is getting reinvigorated in India. There has been a massive increase in people looking for sportswear, including footwear, apparel, and related accessories,” he says, adding, “Traditionally, India has had the Nikes, the Pumas, and the Adidases. There is scope for a new entrant to come in because the total number of brands is still minimal.”

Sindhu has 14 brands in her kitty, which is the most by any non-cricket athlete in the country. Her yearly earnings from brand endorsements after the Li-Ning deal are estimated to be around Rs.50 crore. Virat Kohli, who ranked No 83 in Forbes’ list of most earning athletes globally, makes around Rs.160 crore per year from the 17 brands he has in his kitty. In terms of per-day charges, there is a yawning gap between the two No 1s of their respective sports.

If it is a long-term deal, Virat Kohli charges around Rs.2.5 crore per day, while Sindhu gets between Rs.1.5 and Rs.1.75 crore per day. Sindhu’s charges remain the same in long or short deals, but Kohli charges close to Rs.5 crore per day for shorter deals. In India, brands look beyond cricketers only when they cannot afford them. But Saina and Sindhu are changing that line of thinking, believes Shailesh Kapoor. He says, “endorsements now are far more than the ads. The amount of press coverage the brand ambassador gets is also significant. Badminton is a sport where even if Sindhu and Saina lose in the semis or quarters, you won’t get negative press surrounding them, and that is what makes them stand out for marketers.”

The ads, press, and hoardings play a vital role in starting a conversation on social media, driving organic traffic, and generating word of mouth. “The translation to social media like posting selfies with the hoarding, posing in the same way, blogs and vlogs being written and others are an integral part of brand endorsements,” explains Shailesh Kapoor.

When it comes to television viewership Cricket is far ahead of other sports. According to the Broadcast Audience Research Council (BARC), in India, cricket coverage on TV was viewed by 711.6 million unique viewers between week 1 and week 52 of 2018. In the same tenure, badminton coverage was sampled by 228.4 million unique viewers. “Football is way more popular than Badminton in India, but the popularity is driven by Ronaldo, Messi, Neymar – global players. That does not serve the purpose of Indian brands. On the other hand, Sindhu turns out to be the perfect fit for brands who want to drive Desh Ke Liye sentiments, something they cannot do with Bollywood actresses,” points out Shailesh Kapoor.

Badminton still has a lot of catching up to do – compared to Cricket and Cinema. However, the sport has come a long way in the endorsement game. In 2009, Li-Ning came to India and roped in top-tier players for Rs.10 lakh a year per player. The list had names like Chetan Anand, Arvind Bhatt, Anup Sridhar, Jwala Gutta, and Ashwini Ponnappa. Yonex got all of them back, but the Japanese company had to fork out much more. In 2013, Li-Ning got both P V Sindhu and Kidambi Srikanth on board, but in 2015 – just before the Rio Olympics – Yonex managed to win the shuttlers back. Sources suggest that Yonex agreed to pay Sindhu Rs.4.5 crore, three times what Li-Ning was paying her to sport its logo.

The fact that Badminton has hit the bull’s eye is evident from this bit of statistic – sponsorship deals have gone up, on an average, from Rs.10 lakh a year for a player just less than a decade ago to a dizzying Rs.10 crore a year now just for Sindhu, despite Badminton’s low television viewership and engagement.